Bratten Bail Bonds has been serving Liberty MO and the greater Kansas City metropolitan community as a premier bail bonds service for more than 10 years. We believe in the right of every American to get out of jail until a judge or jury determines their guilt or innocence. When you call our bail bonds service, we promise to provide you with a hassle-free experience in as short an amount of time as possible when you need help posting bail.

After your arrest, you will most likely be processed at the Clay County jail. Before you commit to anything, you need to know how the bond process works. In order to be released from jail, several steps must occur, including posting bail. Once you have had a bond hearing and a judge has set the amount of your bail, you can call for a bail bondsman who can post your bond at the jail. The process for getting released typically takes anywhere from 1 to 2 hours, depending in part on the amount of your bond. You have several options.

The two main types of bonds that Bratten Bail Bonds can help you with are:

Surety bond – With this type of bond, you would pay a bail bonds company a non-refundable fee of 10% of the total amount of your bail, and they guarantee the entire amount to the court. A co-signer or collateral may be required.

Property bond – This is not as common as a surety bond, but Missouri law requires that the person putting up property as collateral must be at least 21 and a resident of the state. You cannot use your own property. Further, the property must be located within Missouri, and they must prove ownership and that the property has sufficient equity by providing the court with a paid tax bill and other documentation. A lien will be placed on the property and the court can foreclose if you fail to appear for all court hearings.

Bail bonds agents are licensed and regulated by the Missouri Department of Insurance, and the premium they are allowed to charge is set at 10%. That means you would pay 10% of the total amount of your bail that is set by the court to the bail bonds agent; this is non-refundable. If you fail to appear for all of your court hearings it would lead to a bond forfeiture and additional costs, and you and/or your co-signer would be required to pay the entire bond to the court. [RSMo §374.695 to 374.789]

The amount of time you would spend in jail after being arrested depends on which type of bail you use. In many cases, surety bail bonds only require a few hours, as long as the crime has a preset bail amount, but more serious felonies require at least an overnight stay for a bond hearing. If your arrest occurs late in the day or at night you might have to wait longer.

At Bratten Bail Bonds, we have helped many individuals and their families secure a timely release from jail with a tried and proven process. We are a respected bail bonds company located in Liberty MO, serving all cities in Jackson County MO, Clay County MO, Cass County MO and Platte County MO. We’re available at any hour of the day or night, every day of the year!

When you need a Clay County MO bail bonds agent, or anywhere in the Kansas City area, we can help!

Proud To Be Veteran Owned!

We accept all major credit cards. 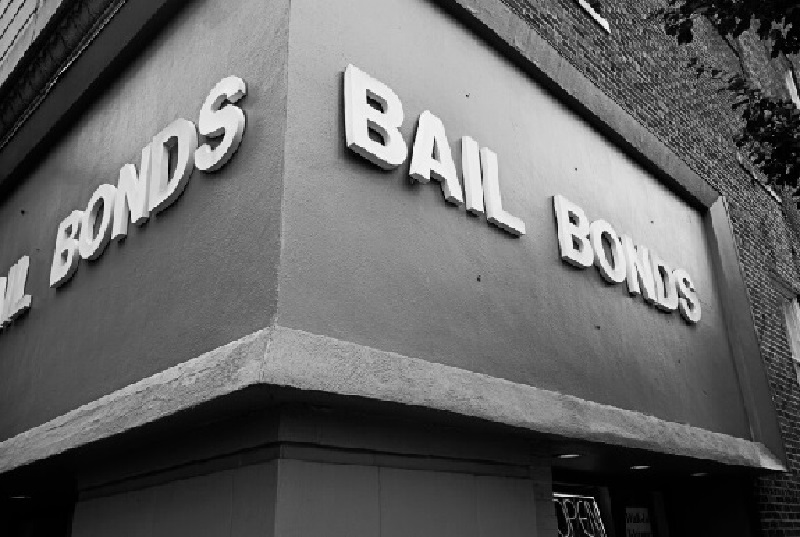