Bail Bonds Are Available for Most Offenses in Missouri

Bail bonds enable defendants to remain free after being arrested rather than stay in jail until their case is resolved. There are benefits to paying bail, one of which is that you can continue working and earning a living. The legal process takes a long time, and in some cases, months can pass before your case makes its way through the judicial system. If you spend that time waiting in jail, you may not have a job to go back to. Another is that you will be able to stay with your family in the comfort of your home instead of a jail cell. Thirdly, you’ll have time to meet with your attorney and plan your defense strategy away from prosecutors or law enforcement who may be listening in your talks with your lawyer.

That being said, you must actually be able to make bail in order to be released, and it’s not just an automatic outcome. There are certain conditions and circumstances that determine whether or not you can post bail bonds.

You can potentially be released on bail at almost any stage in the legal process – immediately after you’re arrested, or after you’re sentenced in court. Depending on the charges and other factors, you will either be charged and released on bail, or held in jail until your case concludes. Whether or not you are allowed to post bail, or must wait for a bail hearing, is typically determined by a judge. It is also the judge’s decision to either increase or decrease the amount of bail bonds.

The amount of bail depends on many factors, for both misdemeanor charges and felonies. For common crimes such as assault, murder, drug charges, DUI/DWI, and many other crimes, bail bonds amounts are set by the courts based on the Bail Schedule. (A bail schedule is a list of various Penal Code, Vehicle Code, and Health and Safety Code violations mandated by Missouri law). In other words, the bail bonds amount corresponds with each crime, depending upon the nature of the crime, surrounding facts of the case, or prior convictions and the like.

For cases involving charges for such offenses as spousal battery, spousal rape, and making terrorist threats, in general, a defendant can be released on bail immediately after booking as long as they are able to pay the appropriate bail bonds amount. However, if the law requires a bail hearing, they will not be able to pay bail or otherwise be released until a court holds the hearing.

Missouri law provides for the right to bail in all state cases except capital murder where the proof is evident, or there is a strong presumption of guilt; although in some cases, a defendant may still be entitled to bail on a capital murder charge, even without proof or presumption. In non-capital cases, the law dictates that bail may not be excessive and may only be set at a sufficient amount to ensure the presence of the defendant for trial and to protect the safety of the community.

Bratten Bail Bonds can post bail bonds at any city jail, county jail, justice center, or any other facility that accepts professional bonds, secured bonds, or surety bonds, and have options for cash only and 10% bonds. Our bonding services are fast, affordable, and convenient. When you call, a skilled bail bonds Kansas City agent will meet you where you are. Depending on your circumstances, we can offer you reliable advice and support based on our many years of experience working in Jackson County and surrounding communities. 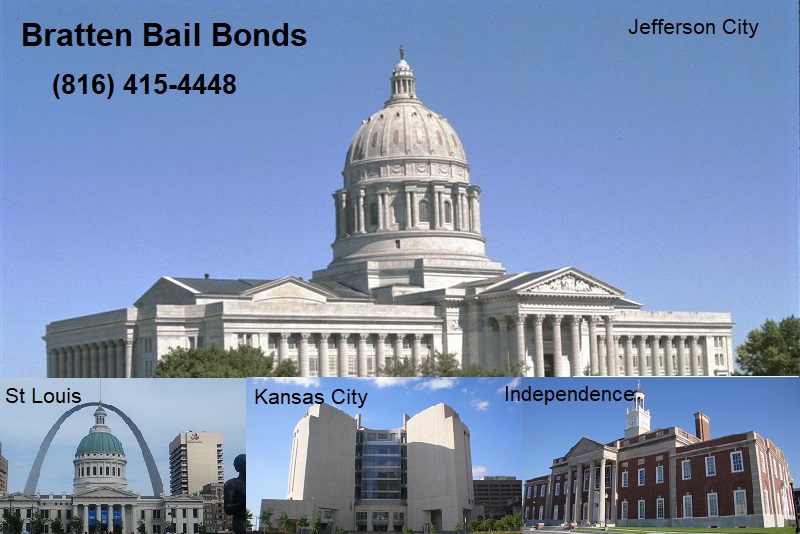