Bail bonds Kansas City MO agencies along with the legal community are meeting the challenges that come with the increasing rise in crimes in the metro. With the holiday season around the corner, it is expected that the rate of violent crimes, in particular homicides and domestic assault, property crimes, and DUI/DWI arrests will continue to increase. As a result, Bratten Bail Bonds Kansas City MO is answering calls for detainees around the clock.

Holiday crime is occurring at alarming rates and is the busiest time of year for Bratten Bail Bonds Kansas City MO. While the holiday season usually brings families and friends getting together to celebrate, it is a time when crime rates increase. In fact, there have already been more than 150 homicides so far this year in the metro, the highest number in recent years, with 35 more killings than this time in 2019.

The National Crime Victimization Survey (NCVS) provides statistical data indicating that certain crimes tend to occur each year over the holidays. Burglary, robbery, motor vehicle theft, household theft, rape and sexual assault, homicide, and other forms of violence develop patterns, spiking during the holidays. According to a professor of criminology and criminal justice at the University of Missouri St Louis, the crimes of robbery and personal larceny always go up over the holidays.

There are several common factors that contribute to these crimes.

Stay-at-home orders and the economic stress of the coronavirus pandemic have contributed to the rise in homicides in 2020. People are frustrated and heartbroken and their ability to resolve conflict peacefully is more difficult than ever, prompting the need for bail bonds Kansas City MO services. 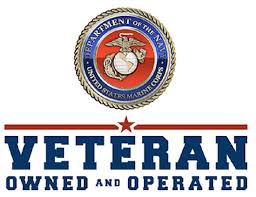 Bratten Bail Bonds Kansas City MO has a competent, experienced bail bondsman near you, so when you need our help don’t hesitate to call! Our licensed agent helps clients and their families to obtain a timely release from jail every day, including the holidays. We offer relevant information and advice and explain your options in a prompt and professional manner. We will immediately begin working to ensure that you or your loved one spends minimal time in jail.